Consequences of «Not Sleeping a Wink»

Our society nowadays has enormous problems with sleep. On the average, we sleep from five and a half to seven hours a day, instead of the required eight hours. What can the «total insufficient sleep» affect in the final run? 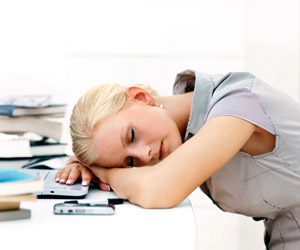 Not so long ago one more air traffic controller in the US was suspended because he fell asleep at his job leaving the plane circling the airport without any ground control for sixteen minutes.

We are living in the epoch of the «total insufficient sleep» believing that even five hours are enough. But, alas, this is an unfounded myth.

Many famous people who could not manage sleeping for the required eight hours had to take special pills. For instance, John F.Kennedy was a «walking drugstore». Once he fell asleep right in the middle of talking with the prospective agricultural minster.

Overall, our organism is made in such a way that it cannot compensate for lack of sleep in any other way but with sleep.

Our sleep is regulated by the so-called circadian clock located in the suprachiasmatic nucleus, a tiny cone-like cell intersection in the hypothalamus. Its normal operation is based on the regular light cycle of day-and-night.

In a 2007 study, American researchers found that two sleepless nights exacerbate the ability of our brain to combine cognitive and emotional processes. Insomnia makes the mind one-sided, like a gumboil, depriving us of the ability to think adequately.

It has been proven that insomnia causes arterial hypertension, cardiac arrhythmia, diabetes, obesity, memory loss, weakened immunity, depression, carbohydrate metabolism disorders and a lot more. Randy Gardner, American high school student, for an experiment went without sleep for eleven days. In the last days of the experiment, he could no longer talk. 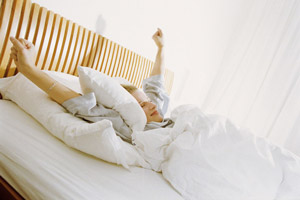 People are prone to exaggerate the average duration of their sleep. Somnologists – specialists in sleep problems, have found out that if a patient asserts that he/she sleeps for seven and a half hours a day, in fact he/she sleeps for about an hour less.

In the most large-scale sleep problem study, researchers limited the sleep for their subjects for two weeks running, watching the three main organism function indicators – blood pressure, heartbeat frequency and the body temperature.

The subjects were to closely watch the computer monitor and press a button immediately upon the certain signal appearing on it. It was quite a simple task, but still… The study results were horrifying. The watchfulness and reaction of the people who were allowed to sleep not more than six hours a day got inexorably worse each day. By the sixth day one quarter of the group just fell asleep at the computer. And by the end of the two weeks the values of the blood pressure, heartbeat frequency and body temperature of the subjects became equal to those of a person going without sleep for 24 hours or being gravely intoxicated. Now imagine a driver having not enough sleep the previous night. Would you want to sit next to him/her in the car?

Never Save on Health 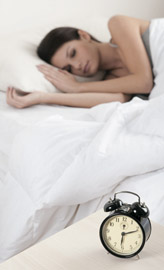 Participants in another experiment were sleeping for seven hours a day. It is interesting to note that they asserted that they had had enough sleep, though in fact for each one of them the lower performance was recorded.

That experiment provided an important find. It turned out that it was impossible to compensate for the shortage of sleep by «sleeping right through the weekend.» The sleep shortage is an irrepairable loss, something like losing nerve cells.

A deeper cause for insomnia is the growing popularity of night shifts at work. This can make additional profits for employers but as for employees, it causes great harm exactly because of disruptions of the light-and-dark cycle of our circadian clock. This is something like the jet lag at changing time zones. As a result, the night shift worker has good sleep for just five hours a day on the average, and this is the intolerably short time.

What do we do, when we do not sleep? American researchers studied the issue: how 50 thousand people spend their waking hours. It turned out that the main occupations depriving us of sleep are work, travels, family as well as surfing the Net.

However, the trouble also is that even after going to bed many people cannot fall asleep. The organism is so overtired and overexcited at the same time that it just cannot switch over to sleeping. Stresses bring insomnia; insomnia aggravates the stress still more. A real vicious circle?

At the first glance, it may seem that there is no way out. Furthermore, sleeping pills and antidepressants now piling on drugstore shelves actually only exacerbate our health problems. Nevertheless, today there is a possibility to gently help our organism return to the norm on its own.

For this Vision offers the specially selected range of bioactive food supplements proven in its efficiency that is aimed at making your nervous system healthier. The range includes such titles as Antiox+, Pax+ forte, Senior, Hiper, Mistik, Passilat .